Please don’t be shocked by the title of this story as I in no way have any doubts at all as to my true parentage. But this is the story of a small family 'incident' that I would give anything to have been around to have seen played out in real life. One can only imagine the reactions of one particular person involved in this story when they found out the truth …….

This story begins way back on the 26th of December 1941 with the birth of a tiny baby at Nithdale Hospital in Dover Street, Mataura, in the deep south of New Zealand. It had been a difficult labour lasting over 48 hours for the mother of this baby, but with the eventual arrival of her beautiful son I am sure that a lot of the pain and discomfort (and the fact she had missed out on all the Christmas festivities) had all but been forgotten.

This baby boy soon passed through his childhood and eventually grew into a very handsome, dark-haired young man who went on to marry and have three children of his own. But the story of his early childhood must have caused not just him, but the rest of his extended family also, and even perhaps the whole township of Mataura, quite a bit of confusion.

The baby in this story was my own very much-loved father, who was always known to me as Ronald Herbert ENGLISH. But it turns out that he hadn’t always been known as Ron and spent the first five years of his life being called Bryan.

My father was the second son born to my grandparents Robert and Elizabeth (nee RENSHAW) ENGLISH. Elizabeth’s parent’s Herbert and Bessie RENSHAW had emigrated to New Zealand from Scotland in 1926 with their three children who were aged 15, 13 and 6 at the time. But eight years later when her youngest child was almost 13 years of age Bessie surprisingly found herself expecting another baby.

Bessie gave birth to a baby son (who would have been my great uncle) on the 4th of November 1934 and he was named Bryan RENSHAW. Bryan was born several weeks early and although he was quite small he was in good health and was feeding very well. But two days later he died unexpectedly and was buried in the Mataura Cemetery.

My grandmother Elizabeth, who was 21 years old at the time of her brother Bryan’s birth and death, never forgot her baby brother and throughout my childhood she would often mention him to me and told me about how much his death had affected her mother Bessie. So seven years later in 1941 when my grandmother gave birth to her second son she very proudly named him Bryan Herbert ENGLISH, named after her baby brother.

So Bryan ENGLISH grew from a baby to a toddler and then into a gorgeous mischievous little boy and before his parent’s knew it he was almost five and ready to begin school. To start school he required his birth certificate so his mother Elizabeth went down to the place where his birth had been registered to get a copy of this certificate. But no copy for Bryan’s birth could be found. They checked and then re-checked through all the records and eventually came out with a registration for a baby, born on that same date and with the same parents. But he had been registered as Ronald, not Bryan.

I would imagine by this point my grandmother would have been getting very concerned and just a wee bit annoyed with what was happening. Her beautiful little boy had not been named after her precious baby brother like she had previously thought. But who was to blame?  She didn’t have to look far for the culprit though, the person who had gone down to register Bryan’s birth. But why had he done this and why the name change?


It turns out that my grandparents had initially forgotten to register their son’s birth. When this mistake was eventually realised Bryan was almost eight months old and so my grandfather Robert went along to register the birth. Not long before this the family had been notified that my grandfather’s own brother, who was away overseas fighting in World War II, was ‘missing in action’. And the brother’s name …..… what else but Ronald ENGLISH !!! My grandfather had taken it upon himself to register his son, now eight months old, with the same name as his missing brother. But he didn’t dare tell his wife !!!!

Now five years later the truth had come out. One can only imagine the conversation (or possibly the argument) that occurred when the truth was discovered. My grandmother was heart-broken with what had happened but at the beginning of the school year in late January 1947 she took Bryan along to school, handed him over to the school mistress and told her “his name is Ron”. And from that day on my father was called Ron. Members of the wider family eventually grew accustomed to his new name but there were members of the community who still called my father Bryan right up until the day he died in 1978 aged 36 years.

As to the fate of my grandfather’s brother, it turns out that Ronald ENGLISH (Pte 19981 2nd NZEF) had been captured by the German’s in Italy in early 1942. But the family spent 12 months not knowing what had happened to him as he had simply been listed as 'missing in action'. It was late January 1943 before a capture-card was received notifying the British Army that Ronald ENGLISH (P.O.W. #140941) was being held prisoner at Stalig XIA (also know as Stalig 314) near Altengrabow, 90km south-west of Berlin. Although he was eventually able to write to his mother Helen (nee McCALLIE) ENGLISH,  she went to her grave in early 1944 not ever seeing her son again. Ron did in fact return home to New Zealand in November 1945 after the end of the war.

But back to the story of my own father, Ronald Herbert ENGLISH, also know as Bryan ENGLISH. I still struggle quite a bit with the decisions made by my grandparents way back then. Why did my grandfather go behind my grandmothers back to give their eight month old son a different name. What on earth was he thinking? And I also struggle to understand my grandmother’s decision to take her son Bryan along to school at the age of five and tell them that his name was Ron. Would it not have been far easier for her to have changed his name legally back to Bryan, the name he had grown up with and was so used to?

I often wish I could have been a fly on the wall that day way back in late 1946 when my grandmother arrived home to confront her husband about the registration of their son. My grandparents were a very kind, quiet and loving couple but I’m not so sure that Grandma would have been quite so quiet or loving that day when a simple trip along to get a birth certificate turned into a nightmare.
Copyright © and posted by Maria's Family Archives at 5:04 pm
Email ThisBlogThis!Share to TwitterShare to FacebookShare to Pinterest

Welcome to my blog

In each family there seems to be one who is called to find the ancestors. To put flesh on their bones and make them live again. To tell the family stories and feel that somehow those ancestors know and they approve. Genealogy is not just the gathering of dates and facts, but instead gathering together the stories and breathing life into all those who have gone before. They deserve to have their stories told and if they are remembered they will never die. 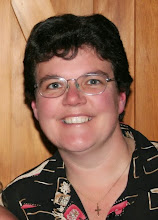 Hello, I'm Maria and I live in the beautiful province of Southland in the deep south of New Zealand. I'm a happily married farmers wife and the mother of two gorgeous, strong-willed, young adults. After forty years spent wondering where exactly I fit into this world and what exactly my life's role actually is, I have finally decided that it is MY responsibility and MY job on this earth (besides trying to be the best wife and mother that I can be) to be the link between the past and the future.

For over three decades I have researched my family history and have loved finding out all that I can about the lives of my ancestors and those who walked this earth before me. I now find myself wanting to reach out to all my wider extended family and share with them some of what I have learnt over the years.

Our ancestors led such interesting and sometimes challenging lives, and often faced so many hardships along the way. I think we owe it to them to keep their stories alive for future generations. Without any single one of them, or without some of the sacrifices or decisions they made along the way, we wouldn't even be here. They were real people, and they lived and breathed and journeyed through their lives just as we do today.

So please stay a while and have a browse through my blog. This is my story, and these are my ancestors stories, with a bit of everything else chucked in. Enjoy the journey :-)

I can be contacted via my Facebook page "Maria's Family Archives" or by email at mariasfamilyarchives@gmail.com